‘The Lord: Stand ye on the ways, and see and ask for the old paths which is the good way, and walk ye in it: and you shall find refreshment for your souls.’ – Jeremiah 6:16 (DRC) 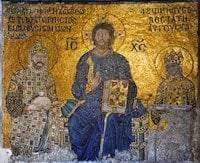 The Orthodox Church is ancient, from the time of our beloved Apostles of Christ. The word “orthodox” means “right worship and right belief” (Greek). The Orthodox Church is the One, Holy, Catholic and Apostolic Church, bearing the 4 marks of a true church of Christ. The Eastern tradition alone has collectively about 300 million believers today, making it the second largest Christian group in the world, after the Roman Catholic Church (about a billion). This is not yet counting the Oriental Orthodox tradition. The faith is NOT denominational but pre-denominational.

A little about Orthodoxy

It all started when the Holy Apostles founded historic churches throughout continental Europe, Africa, and Asia. The major centers of Christianity were in Jerusalem, Antioch, Alexandria, Rome and Constantinople, led by Patriarchs, for the first 1,000 years.

By the 4th century, Emperor Constantine legalized Christianity, after 300 years of persecution from the Romans. The early Church fathers met in a series of ecumenical councils, led by the Holy Spirit, to seal the fundamental truths of faith (e.g. Nicene Creed), and to dispel heresies.

Various reasons caused the rift of the Western (Rome), the Oriental, and the Eastern Churches, which culminated in the Great Schism of 1054 AD. The Eastern Church continued unbroken right up to today in its fullness of faith, expressed through a reverence and adherence to Holy Scripture and Holy Tradition. The Western Church went through further schisms since the 16th century with the Protestant reformation. The Oriental Church continued also to today.

The Church is sacramental, and recognizes the sacraments of Baptism, Chrismation, Eucharist, Confession (or reconciliation), Unction (healing of the sick), Ordination, and Matrimony. The Divine Liturgy is in 2 parts: (1) Liturgy of the Word (which includes Scriptural readings and a homily), and (2) Liturgy of the Faithful (which is the Eucharist). The Church stays true to the ancient and primitive faith and practices, while remaining relevant in the contemporary world, by being the rock and the anchor in the stormy seas of relativism.

The Church is a global communion independently ruled by bishops, and the head of the Church is Jesus Christ our Lord. Each bishop is equal in ecclesiastical status and authority as the next bishop. The Church is united through Christ our Lord, and the Orthodoxy of its theology and adherence to Holy Scripture and Holy Tradition. The Bible, which many Christians refer to today, came from the Ecumenical Councils in the late 4th and early 5th centuries, and the Churches (both Orthodox and Roman) retain the FULL texts.

We pray for, respect and honor all apostolic equals in the One, Holy, Catholic and Apostolic Church of our Lord Jesus Christ, including all hierarchs of historic, regional and national patriarchal and metropolitan sees, and those in the diaspora.

Orthodox Cross
The Orthodox cross appears different from the Catholic crucifix as well as the Protestant crosses. It is derived from the Patriarchal cross.

Celtic (High) Cross
The earliest Celtic Christian cross (cros Cheilteach) consisted of a wooden Cross and a millstone held together by metal pins.

The millstone has 2 primary meanings in the Celtic cross. It is a warning to the overseers to always put their heart and soul into directing the faithful and not impede, misdirect, or short-change them, or turn the faithful to sin: “But he that shall scandalize one of these little ones that believe in me, it were better for him that a millstone should be hanged about his neck, and that he should be drowned in the depth of the sea.” (St Matthew 18:6)

The second meaning of the millstone is the significance of the Eucharist in the old Celtic apostolic faith. The millstone was used to grin grain into flour which is in turn made into bread for the communion.

The third meaning is that the millstone requires effort and labor, which implies that servants of the Lord has to labor, much like the Benedictines’ “ora et labora” (prayer and work).

This is a High Cross of Celtic Christianity, also known as the Cross of Scriptures.

(Top) At the top, the hermits Paul and Anthony gather in communion of the Eucharist as a symbol of the church, under the auspices of the Pentecostal dove.

(Centre) We see the central figure of the redeeming Judge amid the 4 living creatures (Revelation 4).

(Bottom) From the bottom, we see the beginning of creation: Adam and Eve (Genesis 2) and the Wise Men above it (St Matthew 2). Above it is Daniel (“Judgment of God”) in the lions’ den, which showed that his blameless existence saved him from the lions (Daniel 6). Daniel’s prophesy was symbolic expression of the future, of the incarnation of Christ (Logos, or Word of God) (Daniel 2).

(Base) At the base, we see the symbols of the eucharistic story of bread loaves and fishes (St Matthew 14).

The Eastern Orthodox church may look a little different from a contemporary church. You will likely find the Iconostasis (“icon stand” in Greek), which is an elaborate wall or panel of icons and paintings separating the nave (where the laity worship) from the sanctuary (where only the ordained clergy can stand). In Oriental Orthodox traditions, you may only find a curtain, not a wall or a panel (as seen in the Armenian Apostolic Church we worship in). 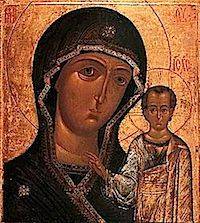 The Orthodox venerate Blessed Mary, the Theotokos (God-bearer). You can read Luke 1:43. This is in line with the Council of Ephesus in 431 AD. In the Divine Liturgy and Daily Office, thanksgiving prayers of our beloved Theotokos are read.

Likewise, the Orthodox venerate saints (not pray to them), as said in Holy Scriptures, such as Psalm 67:35, Ephesians 5:23, and I Kings 2:30. Here is an icon written of Saint John the Forerunner (the Baptist). 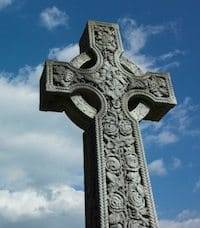 The Celts were converted to Christianity from an early time just after the time of Christ, around 36 AD, especially with influences from the Coptic monastics (pre-Chalcedonian Orthodox). As with the rest of our brethren, it is also pre-denominational.

The Celtic civilization, whose people were Gauls, were spread throughout southern Russia, Europe and later the British Isles. The Apostles James and John had the greatest influence on the Celts. St James preached the Gospel after the Pentecost to the Jews in Sardinia (part of Spain), then Spain and northwards. His preaching was heard by the Celtic and Iberian folk, including those in Galicia (northwest Spain), which became the portal to Ireland for many centuries. St John preached throughout Asia Minor (now Turkey), and many people believed, including the Galatians in Cappadocia (Celts). The Celts, like the Jews, were family centered and communicative, and the Gospel spread throughout families. Around 150 AD, the Gauls, who were Christians, asked the Church for a bishop, and St. Irenaeus was sent. St. Irenaeus was taught by St. Polycarp, the disciple of St. John the Theologian.

By the 2nd century, history showed that the British Isles was converted to Christianity, and by the 4th century, Christianity permeated to most of the Celts. The first missionaries to the British Isles are documented to have been with St. Joseph of Arimathea, commissioned by St Philip the Apostle (who held the Ephesian See at Hierapolis, Greek for “holy city”), around 47 AD. The early Christian monastic communities there followed the pre-Chalcedonian Oriental traditions (North Africa, Middle East and India). The first Christian monastic community was documented to be at Glastonbury (then Yniswitrin), attributed to King Arvirargus of Somerset and sons Coilus and Marius. Christian monasticism grew peacefully in British Isles until the Bishops of Rome sent Saints Patrick and Augustine of Canterbury to unify the sacraments to the Western tradition. 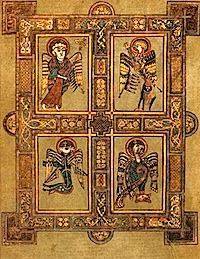 Celtic Christianity is Orthodox, liturgical, and ancient, rooted in Old Testament and Gospel traditions, especially that of Saint John the Beloved (Johannine), and the teachings of the Desert Fathers of the Oriental Orthodox tradition, such as those of St Antony of Egypt. Traditionally, the Celts’ daily office has extensive Scriptural readings, with a celebration and deep appreciation for God’s creation. The Celts are apophatic in their theology in alignment with Orthodox traditions, in a deep appreciation for the unknowable nature of God (rather than the Cataphatic theology of believing that God can be known through human reason). The Celtic tradition is deeply admired for its many saints such as St Columba (Columcille), St Ninian, St Patrick, St Aidan, St Brendan, and so on (many of whom appear in Eastern calendars). The immense dedication to the faith also gave us the famous illuminated manuscripts such as the Book of Kells, Lindisfarne Gospels, and many Psalters. The Celts carved many stone High Crosses, such as the Clonmacnoise Cross of Scriptures in Ireland, which are iconographic representations of passages of Scripture, which are unique, very different from the Western (Roman) renderings of spiritual imagery, or the spiritual writings of icons of the Eastern and Oriental traditions.

⊕ Light a Candle
⊕ Prayer Book
⊕ Sign of the Cross

When you browse this site and its contents, you agree to all terms here.