Lord Jesus Christ, Son of God, have mercy on me, a sinner. 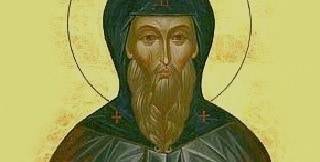 In the Name of the Father and of the Son and of the Holy Spirit, one God. Amen. Dear beloved, we remember a father among the saints, St Anthony the Roman. We also ask our Most Holy Theotokos, Mother of God, to pray and intercede for us before our Lord and Christ, during the Dormition Fast.

And this Sunday is a great day, as we commemorate the Transfiguration of our Lord Jesus Christ, showing us what St John Chrysostom the Golden Mouth said, “it revealed, that is, something of His Divinity to them – as much and insofar as they were able to apprehend it, and it showed the indwelling of God within Him.”

St Anthony the Roman, a monk and saint in the 11th century, was born of rich parents who raised the saint with faith and discipline. The saint lost his parents when he was a teenager, and he gave away most of his inheritance to the poor, and threw the rest of his inheritance locked within a box into the sea, and became a monk. It was said that on September 5, 1105, while the saint was living on a rock upon a shore for a whole year in fasting and prayer, a storm came and tore the rock and threw the saint into the sea. The saint then came to shore at the banks of River Volkhov near a village, and with the blessing of St Nikita the Hermit, founded a monastery there, commemorating the day he came to shore, on the Nativity of the Most Holy Theotokos, Mother of God. A year later, some fishermen fished the box St Anthony threw into the sea, and the money was used to purchase the land of the monastery where the saint stayed. The monks at the monastery were known for spiritual asceticism with intense physical labor.

St John the Short, a 4th century saint of the Church, once told his elder brother, “I would like to be free of all worldly cares, like the angels who do not work, but ceaselessly offer worship to God.” Abba John then took leave from his elder brother, and went deep into the desert. After a week Abba John came back, and knocked on the door of his elder brother.

His elder brother asked before approaching the locked door, “Who is it?” Abba John answered, “I am John, your brother.” Abba John’s elder brother replied, “No, John has become an angel and he is no longer among men.” Abba John pleaded with his elder brother, asserting his identity. But his elder brother ignored his pleas until the following morning, and said to Abba John, “You are a man, and you must work before you can eat.” Abba John made a prostration before his wise elder brother and asked for his forgiveness. Abba John the Short taught us, that to be a disciple of Christ, “a monk is toil. He toils in all he does. That is what a monk is.”

Our father among the saints, St Basil the Great, taught monks in monasteries, that prayers and contemplation were to be intertwined with physical labor, where labor or trade should not compromise the simplicity of the monastic life, nor the pursuit of Theosis.

If a monk, an angel among men, works hard and prays hard ceaselessly, interceding for us in the world, what do we, who live in the world, walk in the world, do? Yes, we work, because that is what we should do too. Let us also joyously remember that the Divine Liturgy, which we celebrate with reverence and deep prayer every time we gather, is much of a spiritual treasure and healing for all of us, and in its meaning of the word “liturgy”, carries with it the meaning of labor unto God as well. Therefore, life is work, because life in the world demands honest work, and eternal life demands labor unto God.

There are 2 things we keep close to us whenever and wherever we are, the Holy Name of Christ our Lord in our hearts, and the Sign of the Cross. Whenever we invoke the Holy Name of Christ our Lord, saying, “Lord Jesus Christ, Son of God, have mercy on me, a sinner”, make the Sign of the Cross, remembering our Father, the Son, and the Holy Spirit, as our spiritual protection against all things that may come between us and our faith unto God.

Let us close by praying the thanksgiving prayer:

It is truly meet to call thee blest, the Theotokos, ever blessed and most pure, and the Mother of our God. More honorable than the Cherubim, and more glorious than the Seraphim, without corruption thou gavest birth to God the Word: True Theotokos, we magnify thee.

O virgin Theotokos, rejoice; O Mary full of grace, the Lord is with thee. Blessed art thou among women, and blessed is the fruit of thy womb, for thou hast borne the Savior of our souls, Jesus Christ our Lord. Amen.

Share on EmailShare on FacebookShare on TelegramShare on WhatsApp

Father Raphael (@fatherraphael) is the administrator and spiritual director of the Province of Saint Flannán. For prayer requests, please contact him through this site. ©2007-2017 Saint Flannan Mission et al. 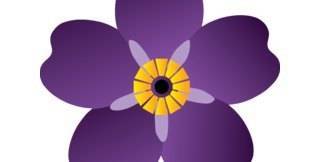 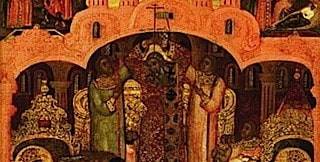 Exaltation of the Life-Giving Cross – Our Lives 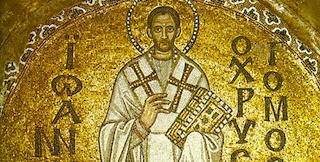